THE MARMOLADA, “QUEEN OF THE DOLOMITES”

With a modern cable car, starting from Malga Ciapela (1450mt), you can reach the top of Punta Rocca (3265 m) in front of the Punta Penia pass(3,342 m) which has  the highest peak in the Dolomites. Punta Rocca offers a new panoramic terrace, which is open to all and offers a 360 ° panoramic view of the mountains surrounding the “Queen of the Dolomites” . If you opt for a prayer in the cave chapel, you can stop here for a while in the place  which  Pope John Paul II consecrated when he himself  visited it.

Punta Serauta is also an important monumental area, which was built  to remember and honour the soldiers who fought on the Marmolada during the First World War. The museum has been expanded and renovated and will reopen in summer 2015. In the summer months you can visit the caves, ditches and trenches  which were dug in Punta Serauta by Italian soldiers. 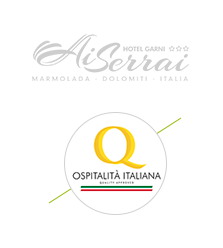